Search for a company in Garden Route

What are you looking for?

Tell us what you're looking for...
Want to Run Your Own
My Guide Website?
Find Out More

Extreme Fun in the Garden Route

...you may find your mind in other places as you tentatively tread along the ‘catwalk’...

South Africa’s Garden Route, the beautifully scenic stretch of coast sandwiched between the Indian Ocean and the Tsitsikamma and Outeniqua Mountains, has long had a well-deserved reputation for being one of the adventure hotspots of the planet. The incredibly diverse topography, which encompasses rugged peaks, dense forest and pristine beaches, lends itself perfectly to outdoor activities, with some of them bordering on the timidly tame and others edging toward the downright dangerous. So in the interests of keeping everyone happy, in this article we give you a varied selection of things to do in Garden Route, ranging from tranquil zip-lines to terrifying dives…

Tsitsikamma National Park is located at the easternmost point of the Garden Route and celebrated for its dense rainforest. While some are content to simply hike through the beautiful wilderness, others take on the more daring challenge of traversing its canopy on a series of zip-lines, which have been erected by Tsitsikamma Canopy Tours. The cable wires are linked by ten platforms and, after safety talks and the like, you can set about making your way around the course, led by an expert who will explain the ecology of the forest and point out fascinating wildlife. From 30m up, the views are spellbinding, and at 100m long, the final zip-wire won’t be a ride you forget in a hurry. 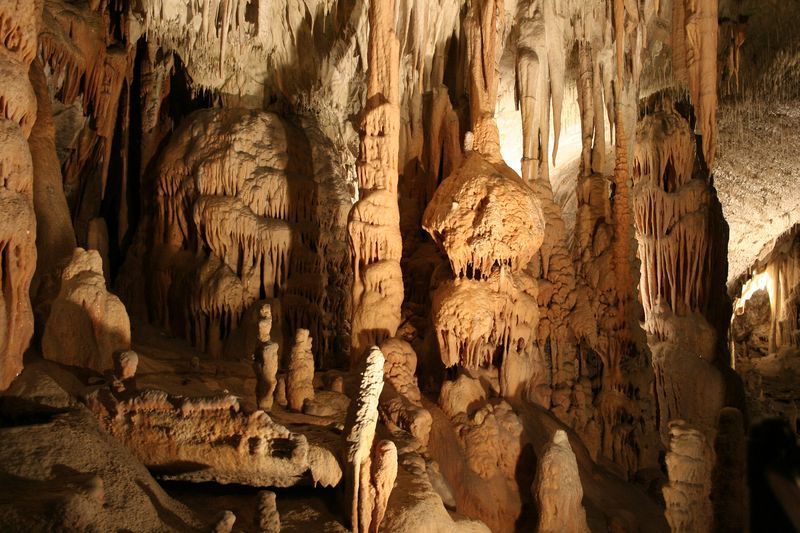 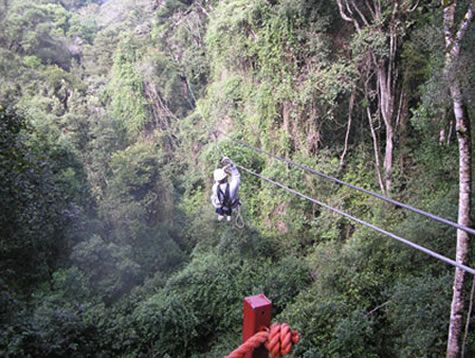 Nestled in the foothills of the Swartberg Mountains, the Cango Caves boast some of the most spectacular rock formations in the whole of South Africa. The limestone caverns are crammed with stalactites and stalagmites, and visitors can book on to various guided tours to get the most out of the experience. In keeping with the nature of this article, we would recommend the ‘Adventure Tour’, which consists of an hour and a half spent scrambling through tunnels on all fours, finishing with a slightly alarming squeeze through a 27cm-high orifice, which has been evocatively labelled ‘The Devil’s Post-box’.

Jeffrey’s Bay is legendary for its big waves and is the location for the ASP Surfing Championships every July, making it one of the surfing capitals of the world. Beginners will struggle on the big waves – in that they will get pounded into a hasty retreat – but surf schools abound, and many beaches in the area experience less intimidating swell, so you can get practiced up. For the more experienced surfers, however, Jeffrey’s Bay won’t fail to impress. Alternatively, you could take on the decidedly less exhilarating – but interesting nonetheless – stroll around the Abeljous Nature Reserve. We can’t guarantee adrenaline, but you’ll certainly spot some fascinating waterfowl. 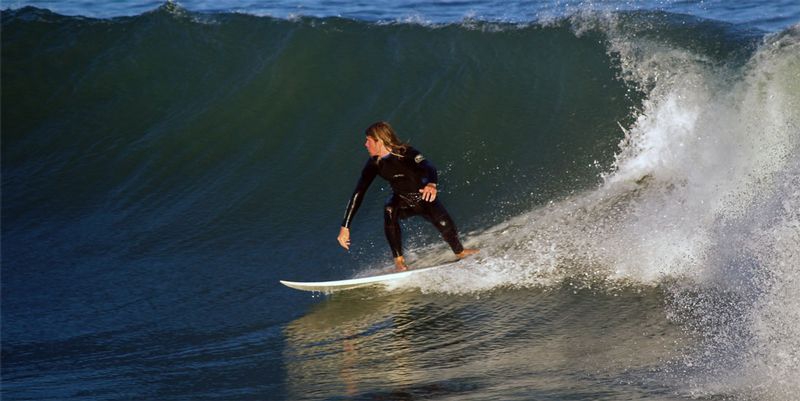 Parachute from a Plane

As stated above, the Garden Route is generally spectacularly scenic, but the area known as Mossel Bay, which sits exactly halfway between Cape Town and Port Elizabeth, is indescribably beautiful, which may help to sooth your fears as you plummet towards it from several thousand feet at terminal velocity. Yes, we’re talking about a skydive – the classic daredevil indulgence. Skydive Mossel Bay is an experienced company that will take thrill seekers to the skies before leaping off with them in tandem, meaning all that boring safety lark can be kept to a minimum. The free fall lasts approximately a minute (though it’ll feel like 10) and the smooth parachute descent five.

Bungee from a Bridge

But this isn’t just any bungee jump from any bridge – this one holds the coveted record of being the highest in the world. At a positively terrifying 216m, the Bloukrans Bridge, 40 km east of Plettenberg Bay, is the definitive test for adrenaline junkies. From this height, the views are unsurprisingly magnificent, though you may find your mind in other places as you tentatively tread along the ‘catwalk’ – a walkway beneath the road on the bridge – making your way to the jumping platform. The jump itself is exhilarating: a seven second free-fall into the mighty chasm and toward the raging torrents of the Bloukrans River before being sprung back up to applause, pats on the back and serious kudos.

Face Monsters of the Deep

Finally, we bring you the ultimate test of nerve: a cage dive in the company of great white sharks. These mammoth creatures – awesome and petrifying in equal measures – are about as close to real-life monsters as we have on this planet, and they’re waiting for you in the waters of the aforementioned Mossel Bay. It’s all well and good to watch them in wildlife documentaries from the haven of your living room, but nothing can even begin to compare to submerging yourself into their gloomy territory, and seeing those infamous jagged teeth and jet black eyes close up. Shark Africa is the only operator in the area, meaning you can enjoy the experience in an uncrowded environment.

Finally, if you fancy any – or all – of the activities mentioned, but don’t want the hassle of organising everything, there are numerous excellent tour companies who operate in the Garden Route, including Alan Tours’ aptly named Surge of Adrenaline Tour, which takes in both the Canopy Tour and the Bloukrans Bridge Bungee.

Login to create your guides for Garden Route.

Add to My Guide

Create & Share Your Own 'Mini Guide to Garden Route'

Create your own guide of favourite 'must see' places

Earn your Local Expert badge by Sharing your guides with others

Part of the My Guide Network

My Guide Garden Route is part of the global My Guide Network of Online & Mobile travel guides.

We are now in 120+ Destinations and Growing. If you are interested in becoming a local travel partner and would like to find out more then click for more info about our Website Business Opportunity.